Mini had added a roadster to their succesful lineup

The MINI continued its remarkable evolution overnight with the news there will be a sixth derivative of the breed, this one likely to set the hearts of enthusiasts beating with anticipation – the first open-top two-seater in its history. Simply remove the manual soft-top roof for open air sports car exhilaration, topped off with the MINI’s sophisticated chassis technology and low centre of gravity.

The practicality of the MINI Roadster in comparison to traditional two-seater sports cars will be one of the [...] 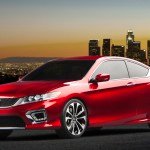 As is the norm these days, the 2013 Honda Accord is designed to accommodate a variety of powerplant options, including a 2.4-liter direct-injected, 181 hp internal combustion engine, with either a 6-speed manual or a Continuously Variable Transmission (CVT), a 3.5-litre SOHC 4-valve V6 matched to a 6-speed automatic, and a plug-in hybrid system that moves continuously through three modes – all-electric, gasoline-electric [...]

Nissan is developing a new EV charger for electric vehicles

If there are two obstacles that are still keeping the general public from embracing electric cars, those would have to be the vehicles’ limited driving range and long charging times. Well, Nissan has achieved a major milestone regarding one of those two problems – last week, Japan’s Nikkei news agency reported that the automaker has developed an experimental system that can fully charge an EV battery in just ten minutes.

The system incorporates a capacitor in which the electrode is made from a combination of tungsten oxide and vanadium oxide, instead of the traditional carbon. This change is said to drastically boost the power of the charger, which is what allows it to work so quickly. On the batteries that were tested, no significant effects were noted regarding their storage capacity or voltage.

The charger is apparently half the size of Nissan’s existing fast charger, and is said to work with batteries from a variety [...] 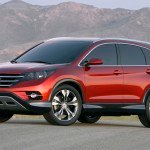 San Francisco Bay Area resident Olivier Chalouhi has become the first person in the world to take delivery of a Nissan Leaf all-electric vehicle. At a special presentation on Saturday at North Bay Nissan of Petaluma in California, Chalouhi, a 31-year-old Silicon Valley entrepreneur who was the first person in the U.S. to place a LEAF order, took possession of a black LEAF SL in what Nissan described as an historic event representing “the first delivery of an affordable, mass-market, all-electric car since the first days of the automotive era.”

Before purchasing his LEAF, Chalouhi made the 10-mile (16 km) each way commute to work on a homemade electric bicycle. But with two kids he said he wanted a highway capable electric car that could handle two car seats so he could drop them off at school. He says that with the LEAF being the only 100% electric car on the market, his decision to [...]

While the C-X75 is capable of running for 110km (68 miles) in purely electric mode on a six-hour domestic plug-in charge, two lightweight (35kg/77lb) micro gas-turbines, spinning at 80,000 rpm, can generate enough electricity to quickly and efficiently recharge the vehicle’s lithium-ion batteries and extend its range to 900km (560 miles). The company says the miniaturized turbine blade, developed in partnership with Bladon Jets, [...]

Exports were boosted by global demand for Japanese cars and semiconductors.

And exports to other parts of Asia, which account for more than half of Japan’s total exports, rose 45.3% from a year earlier.

“Exports remain very firm even after very strong growth in January to March,” said Azusa Kato, an economist at BNP Paribas in Tokyo.

“The pace of export growth will slow in April to June, but we expect exports to continue to expand.”

Shipments to the EU were up by 19.8% from a year earlier, slowing from a 26.7% gain in March but again marking a fifth straight month of year-on-year increases.

Shipments to the US were up 34.5%, helped by strong demand for Japanese cars.

I have been watching the increasing fallout over Toyota’s huge recall with interest and I must admit a certain amount of satisfaction and pleasure. They aren’t my favourite manufacturer I will come out and state that now. For lots of reasons but mainly their incredible arrogance, shoddy treatment of suppliers who I have spoken to, downright lies about fuel economy of the new Prius and coverups over the years of recalls that should have happened. Somebody who worked for a robotic supplier to Toyota summed it up perfectly for me just yesterday, ”
This about sums them up – air fresheners not needed in their toilets – ’cause it doesn’t stink there.”

The satisfaction comes from the fact that I wrote on this blog about the increasing number of recalls in 2007 and the deterioration in quality back then. Some poor missguided soul slagged me off, saying I didn’t know what I was talking [...]

TOKYO (Reuters) – Shares in Toyota Motor Corp (7203.T) fell for the sixth straight day on Friday as the world’s top automaker’s problems intensified over a recall of millions of vehicles due to faulty accelerator pedals and floor mats.

Toyota shares fell 2.1 percent to 3,485 yen in morning trade in Tokyo. They have lost 15 percent in the last five days.

U.S. Congressional investigators are seeking e-mails and other documents from Toyota and U.S. safety regulators about the automaker’s recall.

It would be the first congressional review of its kind since the same committee investigated defective Firestone tires linked to deadly Ford Motor Co (F.N) rollovers in 2001.

On Thursday, Toyota said it would extend its safety recall of its most popular cars to Europe and [...]

The top 10 most reliable and unreliable 4×4s

If you’re planning on choosing a roadgoing car based on racetrack results, maybe you’d better think again. With the world’s greatestoff-road race, the Dakar Rally, currently powering its way through Chile, it’s interesting to note that the leaders of the event (BMW and Volkswagen) are among the least reliable 4×4 vehicles on the road, where it really counts. Newly released and highly credible information from the U.K. has revealed the most and least reliable pre-owned 4×4 and SUV cars on the market (see the top 10 lists here). Honda’s CR-V won the crown of the most reliable 4×4 by a fair margin while Audi’s A6 Allroad is the most unreliable 4×4 on the road, with Volkswagen’s Touareg and BMW’s X5 placing second and third most unreliable. That’s right folks, despite performing spectacularly in race events such as the Dakar, the VW Touareg is the second most unreliable 4×4 on the market, according to Warranty Direct.